Where are all the Alpacas? 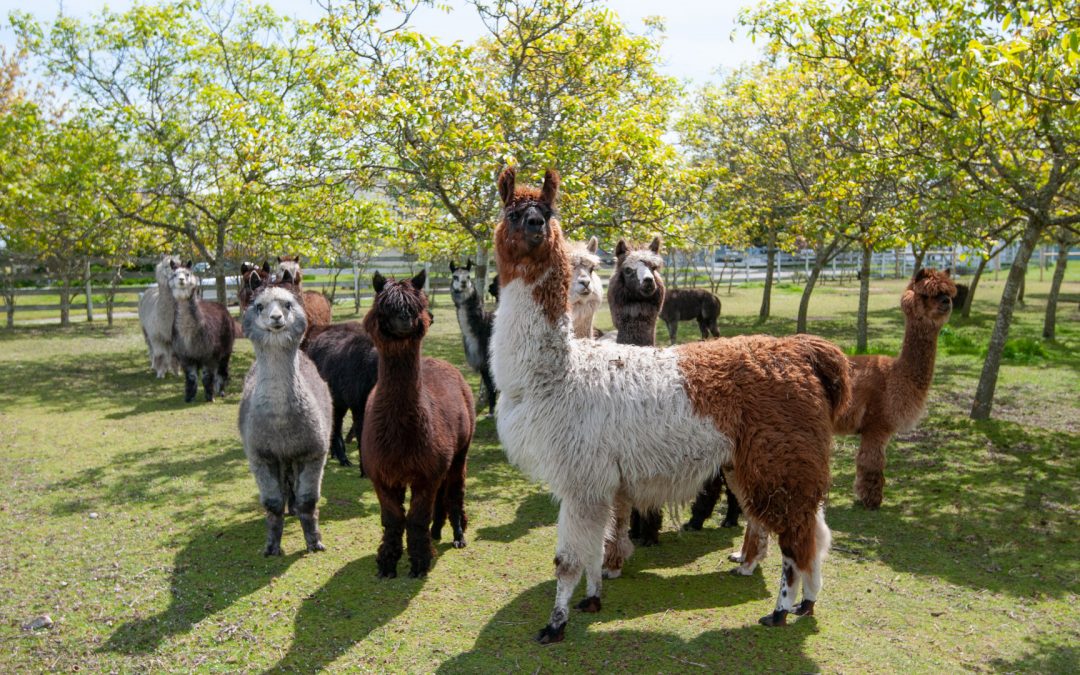 When I drive up McTavish Road, I always keep my eyes peeled for a fluffy herd of fifteen alpacas led by one large and magnificent llama named Jelly Bean.

When I say Jelly Bean is the lead, she has definitely earned this right. She takes her role very seriously. Literally, the rest of the heard stands behind her! I snapped the photo below when a curious yellow lab had something to say at the fence. Such opportune timing for a group shot! 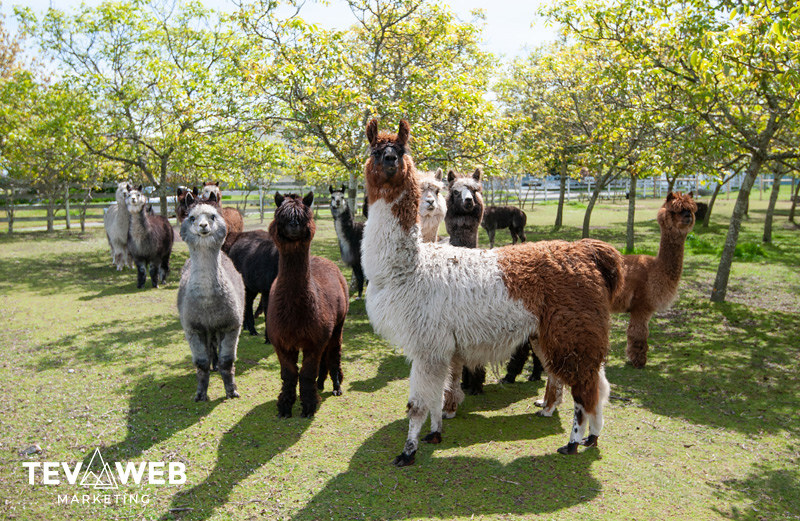 But now, Jelly Bean will be carrying out her role somewhere else with another herd. She and the rest of the alpacas at Inca Dinca Do have been dispersed between other local farms.

Tracey, the owner of Inca Dinca Do, a semi-worsted fibery mill and alpaca farm, has no choice but to sell her beloved business. Her 90-year-old father, Farmer Pat, has reached the end of his farming days and will be selling the property and moving on to a more restful lifestyle. 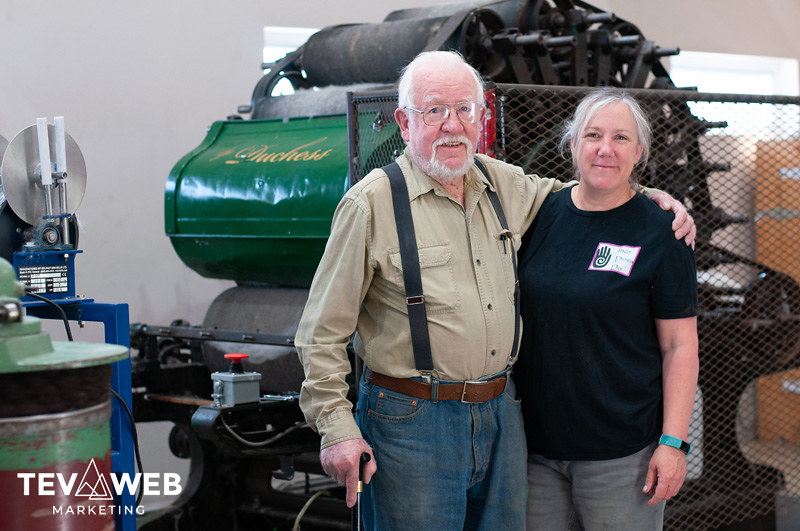 Where to From Here?

Where Tracey and the team go from here isn’t certain. Perhaps Tracey will pick up bookkeeping (what she used to do), but at this point, all of the puzzle pieces are floating in the air. For now, she’s focused on wrapping up and selling the business. 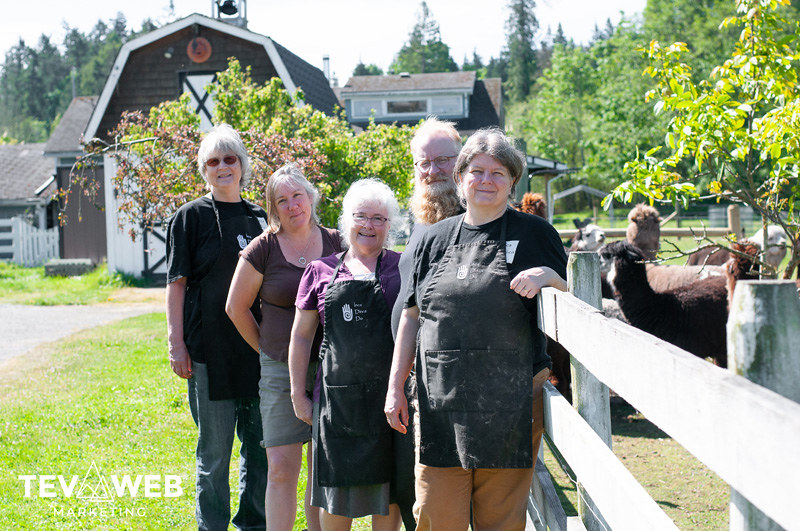 Her website, which I designed last year in conjunction with CL Web Developers who did some back end work, will also be up for sale to the new owner should they want to operate a similar business.

TEV WEB Marketing was the main point of contact in this project and was responsible for both the front end design and commercial photography of the mill, staff and animals.

CL Web Developers came on board to offer their fast and efficient Reliant Hosting which includes website security, daily back-ups, and automatic core WordPress, plugin, and theme updates, just to name a few of the benefits. They also developed a dynamic order form for customer online ordering.

Check out the live site for a limited period of time! 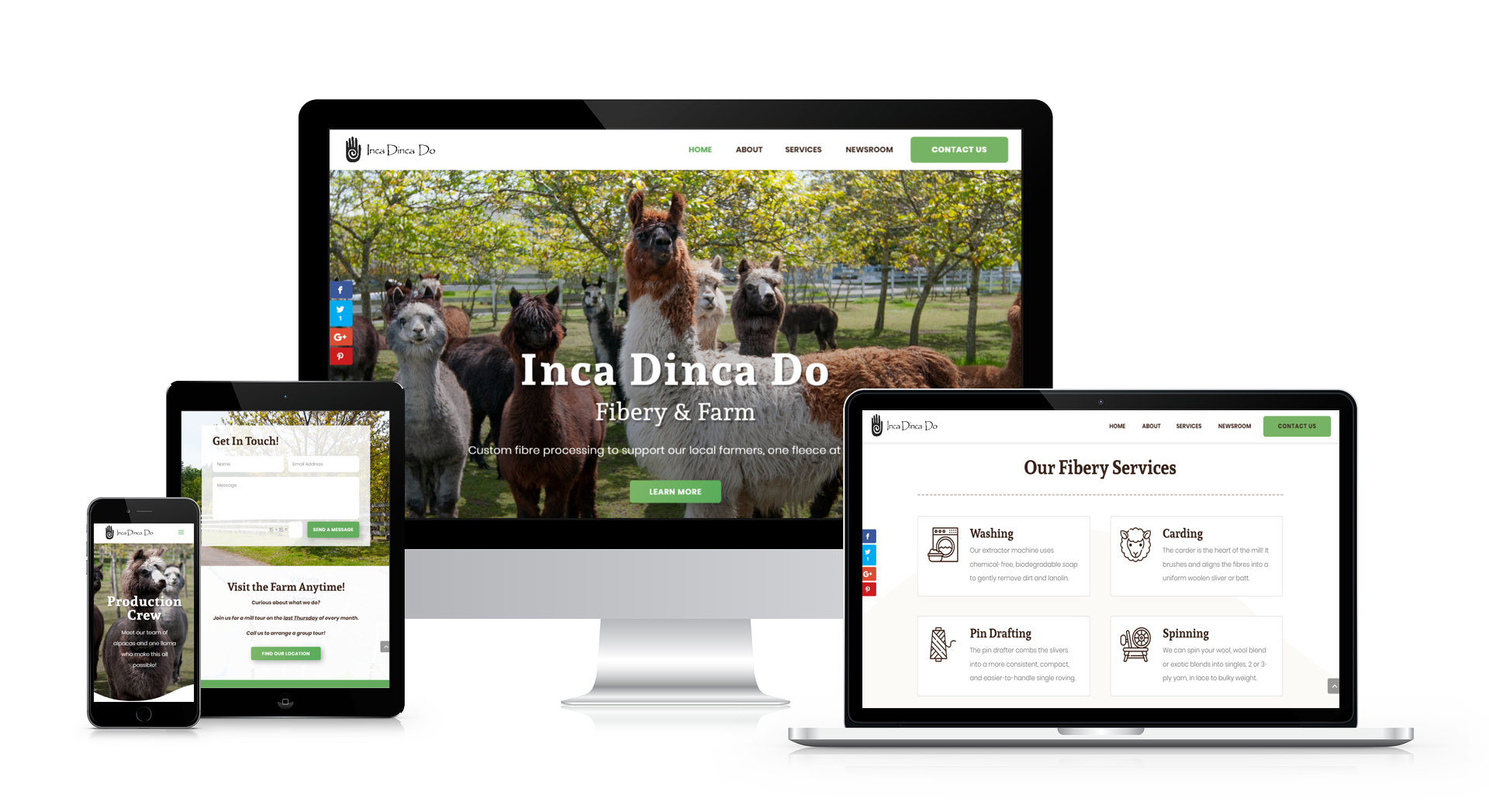 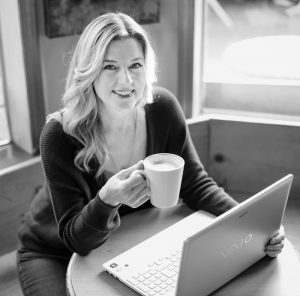 Tania is a passionate WordPress web designer and commercial photographer currently living and working in Victoria BC.